The year 2021 begins with the remaining films from the previous year, some of which I finished while still in hospital and during rehab.

The new films are consistently simpler and easier to understand. I realised that the older films from 21018/19 in particular, while very intricately edited and set to music, were difficult to understand. So this year I'm going to make an effort to create more easy to understand films. This does not only refer to the comprehensibility of my language but rather to light, catchy cuts and the avoidance of artistically heavy aspects. 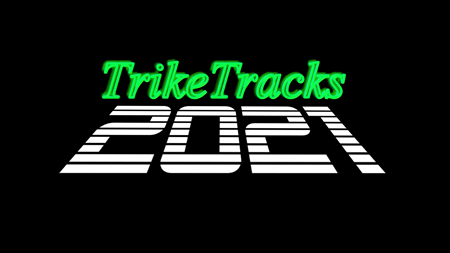 Four days of cycling for the birthday child.

4 days around the Ries. The whole tour in one film.

The Unterallgäu: A summer tour in 4 stages

Stage 4 from Abtsgmünd to Schorndorf.

Stage 2 from Schwäbisch Hall to Vellberg with exclusive guided tour.

Stage 1 from Schorndorf to Schwäbisch Hall.

The alarm bells are unmistakable.

I have to distance myself when a political party uses my name.

Look forward to a summer tour in 4 stages

A ruin with a terrible past.

To Grötzingen 🤴 to the seven lime trees.

Or the story of the prodigal son.

We have heard that Esslingen is committed to the mobility revolution.

From Rems and Wieslauf 👙 Seeing lakes in the Swabian-Franconian Forest

Fishing lakes and bathing lakes, reservoirs, recreational lakes - we see them all!

Hohenstaufen, Rechberg and Stuifen dominate the views in the foothills of the Alb.

We are the greatest, even if we are few.

Forgiveness 🌌 when most of the burden falls off you

Mol gschwend to Gschwend 🚀 Surprises in the Swabian-Franconian Forest

This time in good weather conditions.

By Jusi and Erms ⚡ Views and vistas

There will be thunderstorms, they said.

The Two Oaks Tower 🏴 Wonderful views of the Neckar Valley

Along the Neckar to the Two Oaks Tower in Pliezhausen. And back through the valley of the Aich.

On a diversion to Häringen 🐻 Where the bear rages!

In Häringen, the bear is raging, everyone is partying in the street. Only the beer benches are, of course, deadly poisonous.

From poets and philosophers 🎒 to Tiefenbach Valley

Past the Schiller Oak to the Philosophers' Path.

We would have liked to see what the neighbours were up to? But it was a total failure.

South in the Schurwald 🧩 To the oak lake

The Schurwald is our destination today. And the oak lake is the highlight.

The day beckons our heart ♥ Heart-healthy round tour

A healthy round in the Alb foothills.

Because the car will disappear sooner than we think.

The Ammertal 🎀 A beautiful tour in Schönbuch

From the source of the Ammer near Herrenberg to where it flows into the Neckar near Tübingen.

The lower Rems 🦺 Along the Neckar to Hechtkopf

Along the Neckar to the Hechtkopf and then up the lower Rems.

The upper Rems 🛫 to the Rems spring with Rosenstein

A lotta Lauter 🎚 Highlights in the Lenningen Valley

The black Lauter and the white Lauter

After 13 events, it's time for an appeal!

At the top 🗼 from electricity towers to water towers

At the playground to the forest nature trail Sinneswandel we take a break and ponder what else we could add to our senses?

Anradeln 2021 🍞 Beautiful loop along the Neckar.

The first official tour this year. The Corona pandemic is still being whipped up.

I am driving along the route of the new Stuttgart-Ulm line.

Scent of Spring - Champagne Air ☘ In Search of Spring

I haven't found any flowering splendour, but it can't be long now.

We cycle together for safe infrastructure.

The forester did it! 🌳 On a round through the Lenningen Valley

Probably only a few people still know that Owen, like Bad Boll, Bad Überkingen or Göppingen, once had a mineral bath.

The dead oak 🎋 Cycling tour to the poisoned tree

The unexplained death of an old tree veteran.

3 days pedalling at a stretch

Illusion 💖 The fear of losing what doesn't belong to you.

With a poem by Christel Dolder.

"Even today, the inhabitants of these forest mountains are distinguished by a stronger physique and more lively spirit than those in the nearest valley plains."

I'll take you along and explain how the Critical Mass works.

From Ravensburg to Biberach an der Riß.

From Bad Schussenried to Ravensburg.